On 22 November 2019, Olivia Vane, PhD candidate in Innovation Design Engineering at the RCA, passed her viva – with no revisions required. She will graduate formally at the College’s Winter Convocation in February.


The chair was my colleague Dr Sarah Cheang. I am very grateful to her and to the examiners. Thank you also to my fellow-supervisor, Dr John Stevens.

As observing supervisor, I was privileged to witness a fascinating discussion of key topics in the visualisation of cultural data, focused on value and trust.

You can learn more about Olivia here.

Posted by StephenBD at 09:31 No comments:

Off to Potsdam for Information+ conference 2018... 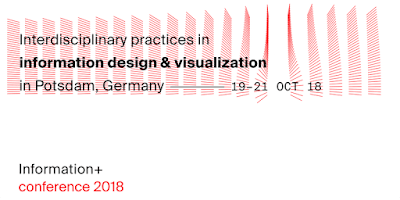 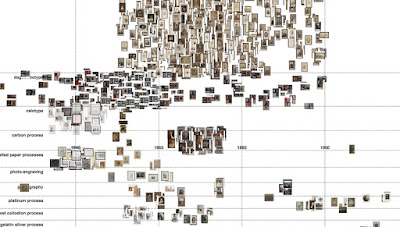 Next week, 20 to 21 October 2018, Olivia Vane and I will be at the Information+ conference at University of Applied Sciences Potsdam (FH Potsdam), Germany.  We will be asking what design contributes – or should contribute – to information design, especially in the digital humanities.  Here is our abstract:


Designers — what are they good for (in data visualisation)?

Our focus is the digital humanities, especially visualisation of datasets such as text archives and object collections data in museums. The name “digital humanities” implies just two disciplines, computing and the humanities. What is the designer’s role? Collectively we should be able to explain what our contribution is —especially when some may fear our replacement by AI systems. We argue that there are particular aspects of designing that are distinctive and can enable more effective visualisations to be produced: (1) expertise in the visual articulation of meaning, (2) human-centric methods, and (3) the quick and adaptable use of low-fidelity early prototyping. We base our argument especially on the idea of design as a form of inquiry or research, and illustrate the three benefits using our recent interactive data visualisations with organisations including the Wellcome Library, Cooper Hewitt Smithsonian Design Museum and V&A London.

It looks a great programme and we expect real progress to emerge around other questions like value and trust in visualisation.

I will be speaking, among expert company, at Waddesdon Manor in Buckinghamshire, UK on Monday 16th October 2017.

They have announced a workshop in conjunction with the exhibition Glorious Years: French Calendars from Louis XIV to the Revolution.  The workshop will explore themes around the production and consumption of French 17th-and 18th-century almanacs (in book and print formats), while also looking at the broader context of the history of Time and its depiction during this period.

I will be talking about the changing conceptions of historical time and how that was represented graphically from the mid- through to the late eighteenth century.

There will be an opportunity to visit the exhibition during the day with curator Rachel Jacobs and artist Adam Dant.

To register an interest in attending please email diane.bellis [at] nationaltrust.org.uk. There is a charge of £25 for the day which covers all catering costs.  To secure a place, call the Waddesdon booking office 01296 653226 to pay using either a debit or credit card.

The exhibition from 22 March to 29 October 2017 includes 26 printed wall almanacs and 7 bound volumes.

Posted by StephenBD at 13:14 No comments: 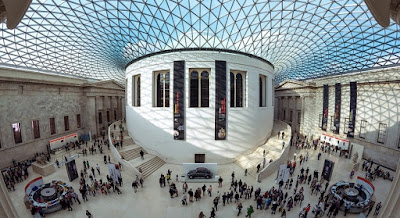 It's good to see Florian Kräutli, formerly my PhD student at the Royal College of Art, and now Research Technology Officer at the Max Planck Institute for the History of Science in Berlin, talking at the ResearchSpace Symposium ‘Building cultural heritage knowledge’ at the British Library tomorrow and Friday (27th and 28th July 2017).


The event is now full, but you can read about it here: Eventbrite 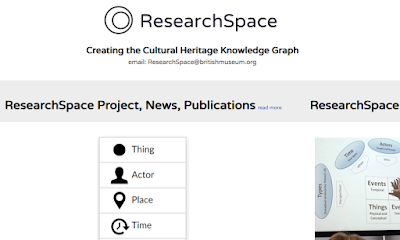 Funded by the Andrew W. Mellon Foundation, the conference highlights the challenges for sustainable knowledge building between cultural heritage institutions, universities and other interested audiences. Papers will include the principles, methodology, techniques and viewpoints of people and projects attempting to answer these questions and provide practical solutions.

It seems so appropriate that the very date of commemoration of the Battle of the Boyne is bound up with the same religious differences that underlay the battle itself. The Gregorian calendar was regarded by many protestants as a popish conspiracy. 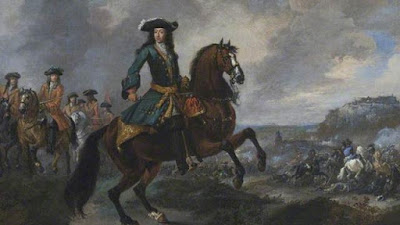 From BBC History ‘The Battle of the Boyne’


The Battle of the Boyne was fought on 1 July 1690, according to the old Julian calendar. This was reformed and replaced with the Gregorian calendar across the British Empire in 1752, repositioning the 'date' of the Battle of the Boyne to 11 July. The method of altering historical dates was somewhat complicated, with eleven days being added to 'old style' dates occurring after 1700, but only ten days to those taking place before that.

Eviatar Zerubavel’s 2003 Time Maps: Collective Memory and the Social Shape of the Past is excellent on our obsession with anniversaries.

Posted by StephenBD at 13:20 No comments:

Exploring the Cooper Hewitt collection with timelines and tags

Olivia Vane, AHRC-funded doctoral student supervised at the RCA by myself and Dr John Stevens, has been doing a great job this summer on an AHRC International Placement at the Copper Hewitt in New York. 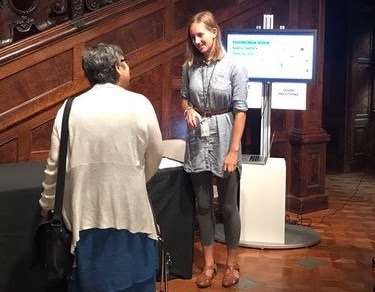 She is continuing to pursue our core questions concerned with making visual sense of history – currently exploiting the tags that curators have applied to objects in the collection to draw out a range of different connections and narratives.  This week she is trialling the designs in a public space in the museum, and gathering feedback from visitors. 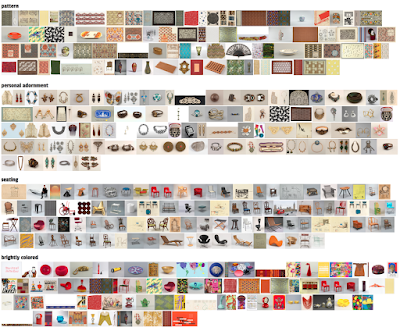 Many thanks to all at the Cooper Hewitt who are encouraging and supporting this important work.

Posted by StephenBD at 09:18 No comments:

In April I shall have the pleasure of participating in the 2017 Scientiae conference at the University of Padua.

My presentation is:
‘Plain truth and common sense’ in Joseph Priestley’s 1765 Chart of Biography
Joseph Priestley (1733-1804) contributed significantly to visual historiography, developing forms of information visualisation in which events in time are organised diagrammatically in preference to textual tables or metaphoric figures. The emerging aesthetic was one of mechanisation, mathematisation and – influenced by geography and cartography – an increasing tendency to treat time as though it were directly analogous to space.  Abstemious presentations of events in a temporal space were preferred to rhetorical, metaphorical presentations of the shape of history.  This raises the question: why did Priestley’s 1765 Chart of Biography take the form it did?  The paper will trace answers through contemporary changes in visual and intellectual culture and by examining Priestley's personal disposition – informed as it was by a mix of his non-conformist religious convictions, his suspicion of rhetoric (‘sooner would I teach the art of poisoning than that of sophistry’1), and his beliefs concerning the nature of human knowledge. The paper will investigate the roots of Priestley’s optimism when he anticipated that ‘plain truth’ if presented to our ‘common sense’ would lead inevitably to right understanding.2  He assumed that if knowledge is presented through ‘the language of the naked facts’ then they ‘cannot but be understood wherever they are known.’3 The argument will be articulated through analysis of the visual artefacts created by Priestley and his contemporaries, together with texts authored by Priestley in a range of disciplines including biblical exegesis, pedagogy and natural philosophy.

Link to the conference pages
Posted by StephenBD at 08:57 No comments: