Readers of this blog will know I am fascinated by representations of Time as a straight line. This is of course just one model, often contrasted with cyclic or circular models allegedly held by, for example, Greek, Asian, or any non-Judaeo-Christian cultures. Such binary contrasts have been rejected as simplistic by Feeney (2007:3), Goody (2006: 18) and Gould (1987) respectively. In fact in any culture we seem to operate comfortably with switchable concepts of Time. In the words of Möller and Luraghi (1995:7), ‘most people perceive time in different ways according to their context or situation, with the result that any one culture is characterised by a range of different perceptions of time.’

Charlotte Christoffersen, who is graduating this year from the Innovation Design Engineering programme at the Royal College of Art, has been investigating the different models of Time used by archetypal members of a family. It is partly motivated by her interest in intra-family communication, which she suspects is made more difficult if their models of Time are not shared. She has made a number of digital tools to ‘translate’ one kind of Time to another. One of the simplest but most effective is here: 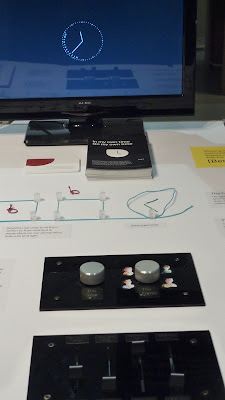 Sliders (in the foreground here) alter four aspects of the model of time displayed on the screen.
Operating one slider (controversially labelled masculinity / femininity!) transforms the working clock from a line to a circle, via all the stages in-between. 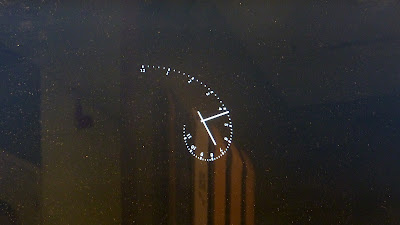 Her research for the project involved lots of interviews and observations of adults and children documented as a book and later to be available on her website. 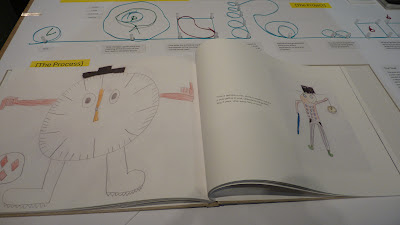